Serbian winger Zoran Tosic was a player on the payroll at BuducnostDvor in the top flight in Serbia before the club merged with Proleterto form Banat Zrenjanin in 2006. Zoran Tosicwas part of the Banat squad that avoided relegation from the Serbian top flight at the end of the 2006/07 season, netting two goals in 25 appearances in the process. 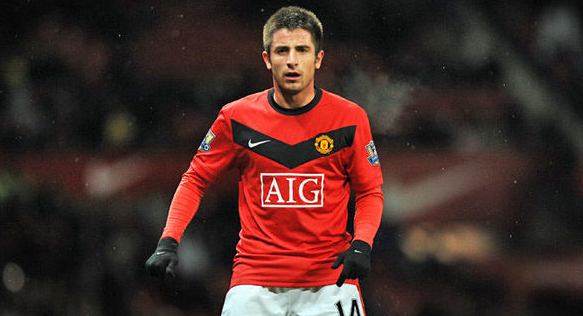 Zoran Tosic signed for Partizan Belgrade in the summer of 2007 and he went on to spend two years at the Serbian club before a high profile transfer to Manchester United in the Premier League. Partizan Belgrade won the race to sign Tosic who had been on the radar of a lot of European teams on the back of his wonderful performances for Banat and the Serbian national team. Zoran Tosic penned a four-year deal with Partizan Belgrade when he joined from Banat on August 6, 2007.

Manchester United had to wait for work permit before securing the transfer of Zoran Tosic from Partizan Belgrade during the winter transfer window in 2009. The Red Devils had earlier submitted his work permit application and also received a positive outcome before the transfer was made official. He wore the number 14 shirt at Manchester United. Tosic made his debut for the Red Devils as a second half substitute for Cristiano Ronaldo in the FA Cup fourth round clash with Tottenham Hotspur in January 2009. He played the final fourteen (14) games.

Serbian winger Tosic spent a little time at Manchester United before moving to join Russian team CSKA Moscow permanently in 2010 on the back of his loan spell at the club.