The 30 year old Serbian winger ZoranTosic recently completed his return to FK Partizan on August 28 of 2017 as the talented dribbler finished his move from CSKA Moscow over to FK Partizan which he used to perform in a few years ago. In a recent interview that was made with the veteran player, Tosic […]

Hull City manager Leonid Slutsky was a surprise pick this summer to lead the club from the ashes of the Championship back to the top flight. The club shocked many as they turned to the Russian to help them following their relegation but he has started on a good note. The manager – with a […]

Former CSKA player Zoran Tosic believes that AleksandrGolovin would make the right move by signing to Arsenal. Indeed the midfielder has been rumored to be close to a signing with the London club, and Tosic believes that this will be a right move for the player. The CSKA president has denied the interest and said […]

CSKA Moscow and Zenit Petersburg are 2 of the clubs that have a real chance of winning the Russian Premier League of this current season, both of them have gathered 39 points from their 20 opening league matches.

This shows just how competitive each club and the Russian Premier League is as there are many clubs with a realistic chance of emerging as the champions of Russia.

With less than 11 matches remaining in the league, things are getting fairly intense and fans are feeling it as there was an incident which occurred on March 4 when CSKA Moscow faced off with Zenit Petersburg in a league match that concluded with a goal-less draw but the result was not what shined, the thing that managed to reach the headlines of websites were the fans.

Russia has traditionally have had an issue involving hooligans and fans causing problems in football matches and this is something that has concerned people as the upcoming 2018 FIFA World Cup will be hosted by Russia and if this problem continues to emerge, it could lead to bigger issues which can even put in danger the lives of people and players themselves.

The president of FIFA Gianni Infantino did recently say that he is not concerned about this problem as there are plans believed to be taking place in order to avoid seeing hooligans and this kind of issue emerging in the near future.

Tosic may move to Turkey

CSKA winger Zoran Tosic has confirmed that he got an offer from Turkish side Trabzonspor for a potential move during the January transfer window. It is believed that the Turkish side is prepared to improve his current salary in order to bring the Serbian player to Turkey.

However, Zoran Tosic has stated that he is not interested to make a move at the moment and that he want to fulfill his current contract with the Russian side.

Zoran Tosic is a former Manchester United player who made the move to CSKA in 2009. He has ever since been an instrumental player for CSKA and Russian fans will be disappointed if ever the player opts to move to Turkey.

However, they will be comforted by the statement of the player that said that he has no intention to leave the club at the moment. The Serbian international said that he is entirely focused on his current contract and that he will take a decision once the current season is over.

He said that loves playing in Russia and that he would to continue playing here for a long time.

Zoran Tosic has currently five years left on his contract and has so far scored 1 goal and made 19 assists for the club.

CSKA has stated that they will like to hold on to the player for as long as they can as Tosic is an important member of the squad and they are looking forward to great things in the future.

The January transfer market is close-by and several reports have linked Luis Adriano to a move away from AC Milan. 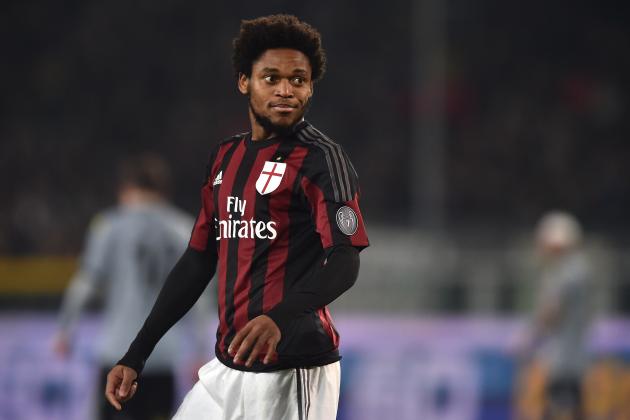 Adriano, who is the second highest paid player at the club with an annual salary of €3 million, has not featured much for Milan this year. The club is keen on selling him despite the player’s wish to remain.

Calciomercato.com reports that Russian side CSKA Moscow have made an offer for the player. The report added that the player would be paid the same salary even as he is hesitant about a move to Eastern Europe.

The agent of the player, Gilmar Veloz, prefers a move to the Bundesliga for the player, as potential deals seem unlikely after a move to that part of Europe. The Brazilian joined the Rossoneri last year but was almost sold to China this summer as he failed to impress.

Veloz would have to make a decision quick as the transfer window will soon open. Veloz reportedly has good rapport with several German sides, and would be hoping to use his influence to get Adriano a new employer. The possibility of Adriano playing in the German Bundesliga seems higher than moving to Russia to join CSKA Moscow. Milan is hoping they can lure Riyad Mahrez from Leicester City to Italy so the Algerian international can supply the other strikers as they struggle to get the goals.

Leonid Slutsky reckons people can come to the Russian capital and can show their support to the Spurs. It would not lead to a violent situation.

But, Tottenham fears for its supporters and does not want them to be on the receiving end of the brutality of the Football fanatics in Russia who are disreputed for their craziness.

Tottenham has therefore advised its supporters through a statement that they must be in a bunch and not on their own if they have to roam around in the night time.

Also, they must not carry anything which gives an impression that they are from London and are supporting Tottenham.

They have also been forbidden from singing club’s official song and showing any message of support to the team while they are out.

It’s been told to them that they can do those things from the stands because there would be enough security inside the stadium, but, once they leave the stadium, they must not do anything which annoys the supporters of the home side.

However, as per Slutsky, the visiting supporters don’t have to be reserved and they can back their team with all the freedom and without being concerned about their well-being.

In Slutsky’s words, “The City is going to welcome each and every Englishman with open arms and I can say with a lot of surety that wherever they go in the city, whether to CSKA Arena or to any other place, they would not find any kind of discomfort anywhere. There is nothing to be afraid of, nothing at all.”

However, after having left the England side that player went to Russia where he has established himself as a valuable player of CSKA Moscow.

Zoran Tosic first came to Manchester United in 2009 from Partizan Belgrade. Ferguson agreed to pay a fee of £7million for a player that was supposed to develop into one of the biggest talents in the world. Indeed the player managed to score 18 goals in just 61 matches in his home country, and this has prompted the Manchester United manager to sign him.

However, when he came to the Premier League, the player will fail to make an impact immediately. He spent most of his time playing for the reserve teams but did make some great performance at times for Manchester United. But with Cristiano Ronaldo in the team at that moment it was going to be very difficult for him to get a breakthrough in the team. He will only manage 5 appearances for the senior team, and all of them will be coming from the bench.

Zoran Tosic said that he now has regret for leaving Manchester United. He believes that it would have been better for him to stay and fight for his place but rather he chose to leave. At the moment he said he wants to focus on CSKA and make sure he win trophies with the club.

CSKA GET TRAORE AND RELEASE MUSA

Russia club giant CSKA Moscow have added another player to the ranks as they releases forward Ahmed Musa for a transfer to English Premier League champions Leicester City.

The 25-year old talented forward plays for Ivory Coast and has four goals in eight games to his credit. The player was acquired to replace the Nigerian Musa who opted to play English football in the forthcoming season. Traore played in Russia from 2011 to 2014 for Kuban Krasnodar and Anji Makhachkala. He moved to Monaco then played on a loan deal for Everton FC in England. In the last campaign, he scored three goals for the club in 19 Ligue 1 games.

CSKA are set for the beginning of a new campaign from the 23rd of July when they face Zenit St. Petersburg in the Super Cup. They have made it through to the group stage of the UEFA Champions League and would be hoping Traore is in his best form as he covers for Musa.

The manager of CSKA Moscow has confirmed that current English Premier League champion, Leicester City, have made a bid for their forward in Ahmed Musa.

This is according to the Russian club’s manager, Leonid Slutsky.

Claudio Ranieri is expected to strengthen his squad significantly this summer as the Premier League champions look to defend their title next season as well as juggle the demands of Champions League football. A group stage ticket that the acquired without spending much on players. There is also now a need to have several replacements and they would play in several tournaments this coming season where they largely played in only the Premier League.

Leicester City earlier made attempts to sign Musa in January and had a bid turned down by CSKA. This was because Leicester City was not able to meet the £18m at that time. Appearing on Russian sports channel Match TV, Slutsky said they have returned with a new offer for the Nigeria international, thought to be in the region of £22m. He said:
“The British club offered a bit less than €30m [£22.86m],” he started out.

“A few days ago, Musa approached me and asked: ‘When is he [Claudio Ranieri] back from holiday?’ I told him: ‘I am not Ranieri, I do not know.’

Musa scored 18 goals, provided six assists in 44 appearances, as CSKA won their sixth Russian Premier League title. The 23-year-old is currently away on international duty with the Nigeria squad. The Nigerian national team look forward to playing Mali on Friday prior to taking on Luxemborg the following Tuesday.