Two Ukrainian soccer clubs made the list of 50 richest clubs in the world, according to Soccerex Football Finance. Manchester City led the list with squad valuation in the range of €637 million. Arsenal and Paris St Germain followed in second and third place. 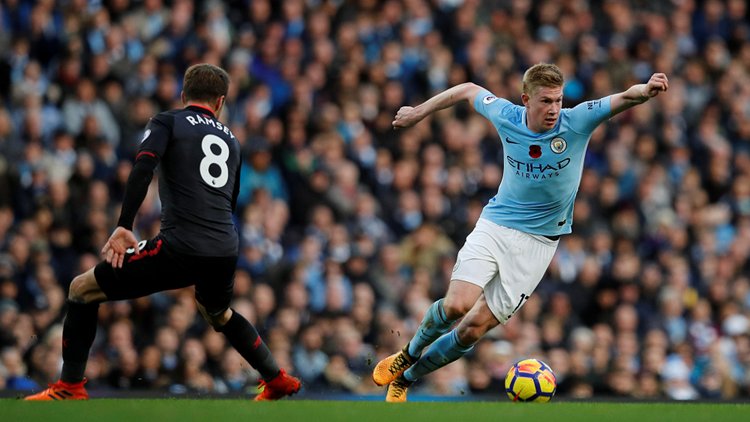 The report looked at the fixed assets of the clubs, the cash at hand, potential owner investment etc. City easily led with the huge investments by the Emirati owners. The squad boost of top players in their roles, with a strong base of assets. Their football financial index score was 4.883, while that of Arsenal was 4.559. The Gunners have a squad valuation of €592 million, which is €107 million more than that of PSG.

Chinese Super League side Guangzhou Evergrande was fourth on the list, ahead of Tottenham Hotspur, Real Madrid, and Manchester United respectively. Juventus, Chelsea and Bayern Munich completed the top ten on the list.

It is another good news for Ukrainian soccer as Kyiv was recently named 11th on the all-time European Cup rankings. UEFA looked at European clubs in the competition, considering games played, and goals scored. Real Madrid, Bayern Munich and Barcelona led the rankings. Man United, Juventus, and AC Milan were also rated highly. Dynamo finished ahead of Inter, Chelsea, Lyon, PSG and others.

NEXT ARTICLE
ZoranTosic expresses his joy in returning to Partizan